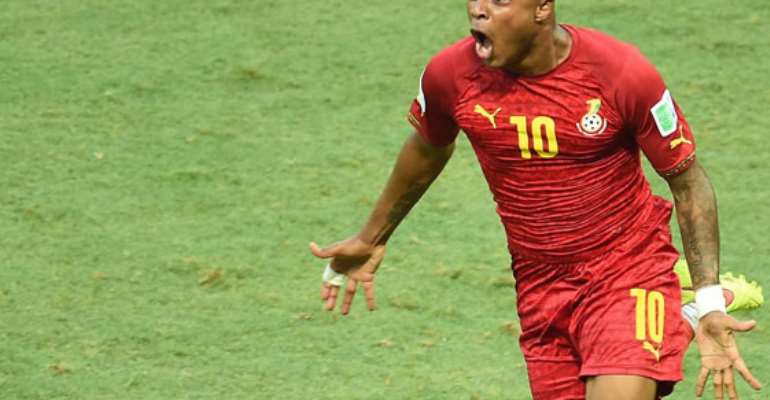 Ghana  midfielder Andre  Dede  Ayew has expressed delight at the prospect of playing in the Northern Region for the first time in his professional career.

The Black Stars will host Guinea in the 2015 Africa Cup of Nations return leg qualifier in Tamale on Wednesday.

Using the Tamale stadium will be the first time the Black Stars will play a competitive game in the Northern Region capital since the construction of the Tamale Stadium for the AFCON 2008.

In an exclusive interview with Joy sports Andre Ayew who hails from the North noted how excited he is ahead of the game.

“I have not played in Tamale before but I have been there so many times,” he said.

“I am a Northerner so having the opportunity to play before my people, my family and my friends is something great for me.

“I hope and pray that we finish this game with a victory.”

Ghana will consolidate its lead at the top of Group E with a win over Guinea on Wednesday.