EXCLUSIVE: Egypt U23 pull of Ghana friendly over mistrust claims 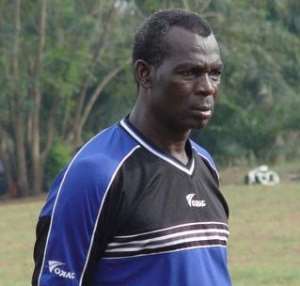 Egypt Olympics team have pulled out of this week's international friendly against Ghana, GHANAsoccernet.com can reveal.

The Egyptian authorities have pulled the plugs on the supposed friendly on claims of mistrust following the decision of the Ghana FA to use the country's Under-20 team.

GHANAsoccernet.com revealed last month that coach Hossam El-Badry was unhappy with attempts to trade the Black Meteors game with the Black Satellites in Cairo.

The two teams were scheduled to meet on today (Tuesday) but the Black Satellites are yet to process their document before flying out to the North African country.

Black Meteors coach Malik Jabir is fuming with rage over the development and believed to have poured his frustration to the management team when they held a meeting last week.

The Ghanaian authorities decided to include him and his assistant Abdul Karim Zito to the travelling party but the proposed match seems to have fallen off the rock.

Ghana's Olympic team have not qualified to major international tournament over the last eight years due to improper planning and lack of attention and only came into the limelight after winning gold at the last African championship in Maputo, Mozambique in 2011.

The Black Meteors will begin preparations ahead of the qualifiers for the 2015 All Africa Games on Wednesday.