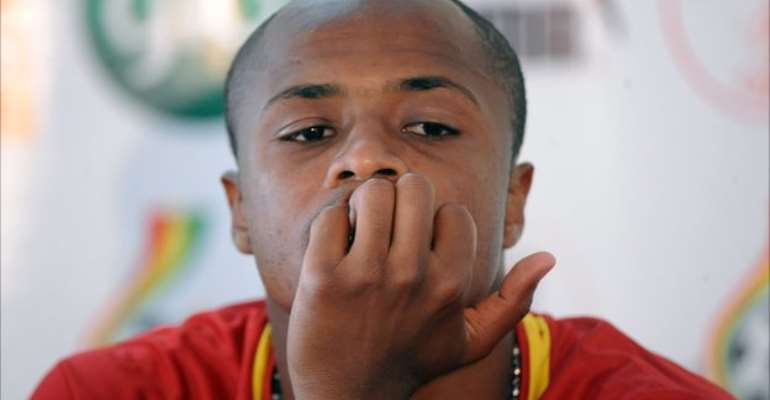 Ghana winger Andre Ayew has issued a groveling apology for the country's chaotic World Cup campaign and has called for the support of the locals ahead of the Africa Cup of Nations qualifier against Guinea on Wednesday.

The Black Stars are suffering from their shambolic World Cup hangover after being held to a pulsating 1-1 draw against the Syli Nationale last Saturday.

Ghanaian fans have been angered by the team's abysmal showing in Brazil and their lack of remorsefulness in the wake of their shameful conduct in the South American country.

The team is struggling to win the fans over, which forced authorities to shift the match to Tamale following a hostile reception from Kumasi fans during the home game against Uganda.

Andre Ayew, who plays for French side Marseille, has offered another round of apology to local fans ahead of the visit of the Guineans.

“I want to take this opportunity to apologise to our people again,” he said

“They obviously still feel the pain but we want to ask for forgiven and ask for their support.

“We have to move on as a nation. Let's put the past behind us and look forward to the future.

“I will plead with them to come to Tamale and support us in their numbers.”