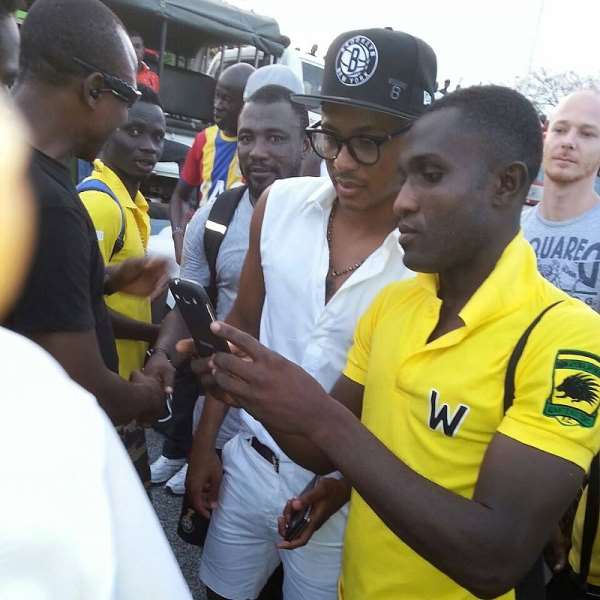 The Olympique Marseille star was held back for over an hour at the car park area of the dressing room where he gladly accepted requests from fans and players to take pictures.

Andre, standing by his sleek Bentley with his brother Jordan also by his Porsche Carrera was visibly glad to share scarce time with the Ghanaian fans.

Some Kotoko players came through Rahim Ayew to ask for photo opportunities with the Black Stars forward.

The players often took out the mobile phones to capture memorable selfie moments with the Andre.

Fans from all spheres of life – men, women and children who were close also didn't miss the lifetime opportunity.

Ayew was at the Accra Sports Stadium to witness the Super 2 friendly clash between Hearts of Oak and Asante Kotoko which eventually ended in a 1-1 draw.

Andre who watched the game with his younger brother Jordan and Black Stars captain Asamoah Gyan were thrilled by the high level performance displayed by both teams.

The French-based Ayew brothers also attended the game to offer support to their elder brother, Rahim who plays for Asante Kotoko.