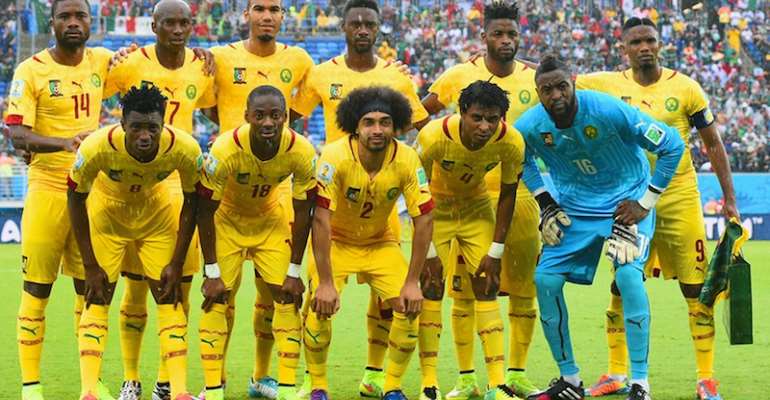 In-form Cameroon struggled to break down a stubborn Sierra Leone as they played to a goalless draw in their Africa Nations Cup Group D Qualifier in Yaounde.

Because of the Ebola outbreak, CAF decided that both matches will be played in Cameroon. So Sierra Leone do not get a home game in this fixture.

They will meet each other again on Wednesday at the same stadium and Yaounde, Cameroon.

It started well for Sierra Leone who looked good in the first half and came close to a goal with Woobay Julius and Ahlassan Kamara causing some trouble for the Cameroonian defence.

It was expected that The Lions of Cameroon's attacking duo of Clinton Njie and Vincent Aboubakar would continue their fine scoring form. But today they battled to find their scoring boots.

In the second half, Cameroon tried to push forward and when Moukandjo's cross found Eric Choupo-Moting, his header flew over the crossbar.

Then Clinton Njie came close to opening the scoring in the 68th minute, but good goalkeeping by 'keeper Solomon Zomobo kept them out.

Cameroon's substitute striker Leonard Kweuke came close with a diving header in optional time, but the attempt was off target.