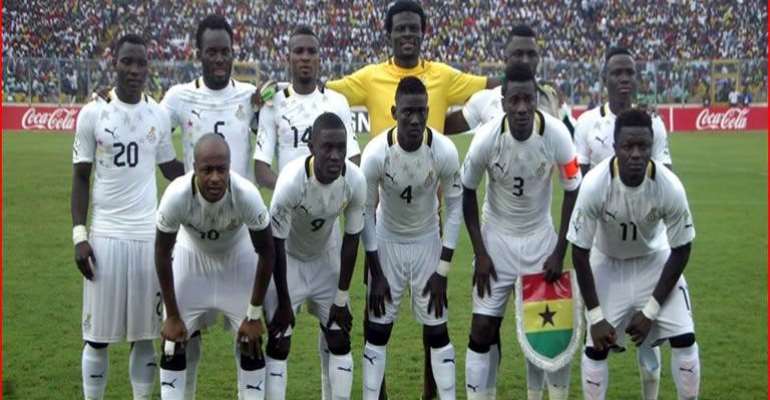 All eyes are on Ghana's stop-gap manager Maxwell Konadu when the Black Stars cross swords with the Syli Nationale of Guinea in their African Cup of Nations qualifier in Morocco today.

It is Konadu's first major assignment since taking over from sacked coach Kwesi Appiah, and indications are that he is determined to cover much grass to make a case.

So far, news trickling in from the team's camp suggests that the Ghanaians are combat-ready though playing on a foreign land.

To the skipper of the side Asamoah Gyan and his colleagues, the game offers them a big opportunity to tear away by way of points by virtue of the fact that the game is being played on neutral grounds.

The Ghanaians started their campaign on a low key, sharing points with their Ugandan counterparts at the Baba Yara Stadium; but they bounced back, going to Lome to snatch all points in a dramatic fashion in a midweek encounter.

Clearly, the technical handlers- Konadu and Professor Mintah, as well as the playing body, appear ready to prove a point.

To Gyan, a win is vital to further calm down tempers of their fans after the Brazil fiasco.

The Guineans on the other hand are led by comeback coach Michel Dussuyer, who is under pressure to win at all cost after losing 0-2 to Uganda in their last game.

He is expected to fall on skipper Kamil Zayatte, Abdoulaye Cisse, and Keita Naby among others to battle the Gyans, Dedes, Asamoahs, Badus, Rahmans and others to revive their AFCON 2015 dreams.

The Stars will return home to face the same side four days later in Tamale.