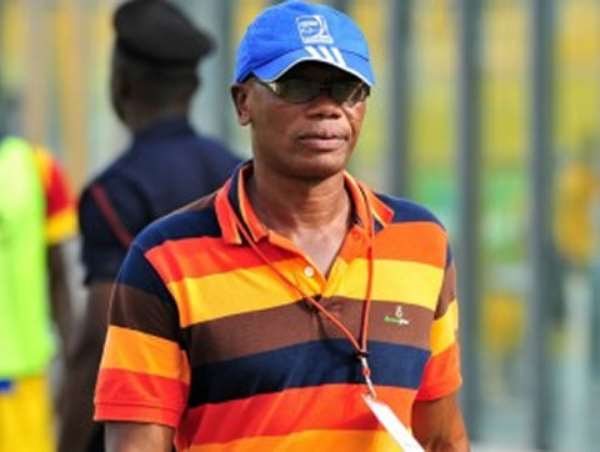 Professor J.K. Mintah has been named Black Stars assistant coach for the two matches against Guinea in the 2015 Africa Cup of Nations qualifiers.

The former Ebusua Dwarfs coach started work in the position since the team started training at their camp in Casablanca on Tuesday.

This according to the Ghana Football Association (GFA) has become necessary after Maxwell Konadu, who is the substantive assistant coach, is now acting as the head coach of the Black Stars.

Prof Mintah, who is the Black Stars team psychologist, has accepted his new role according to the Ghana FA for the two matches in Casablanca and Tamale.

Ghana, who lie second in the Group E of the AFCON qualifiers plays Guinea in Casablanca on Saturday October 11, in the first of the double-headers, as the race for qualifying places for next year's finals continues.

The next leg would be in will come off in Tamale on Wednesday October 15.

Ghana is looking for a substantive coach after parting ways with Kwesi Appiah.