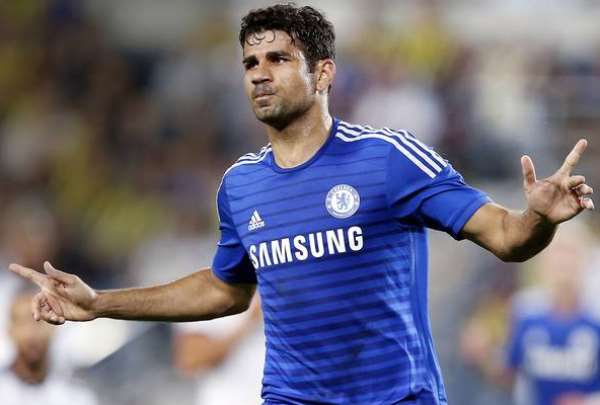 Chelsea striker Diego Costa increased his Premiership goal tally to nine on Super Sunday when his 78th minute strike sealed the deal for the Blues at the Stamford Bridge.

Gary Cahill's untimely tackle on Chilean winger Alexis Sanchez in the 20th minute erupted Mourinho and Wenger's long standing feud into a physical affair as the French man nearly poked Mourinho for asking him to retire to his seat.

Arsene Wenger had left his seat to make a complain to the fourth official only to see the Portuguese tactician also coming off his bench to tell him to go back to his seat.

Belgian soccer hunter Eden Hazard gave Chelsea the lead from the spot in the 27th minute. Hazard was brought down by Laurent Koscielny in the box after going past three players.

The Belgian elected himself to take the kick and perfectly struck it to the blind side of Polish goalie Szczesny in post for Arsenal.

Diego Costa made it two for Chelsea in the 78th minute when he was put through by former Arsenal midfielder Cesc Fabregas' gunshot pass from the middle.

The result keeps Chelsea's unbeaten run in the 2014/2015 season in safe hands as Arsenal kissed their first defeat at the Bridge.