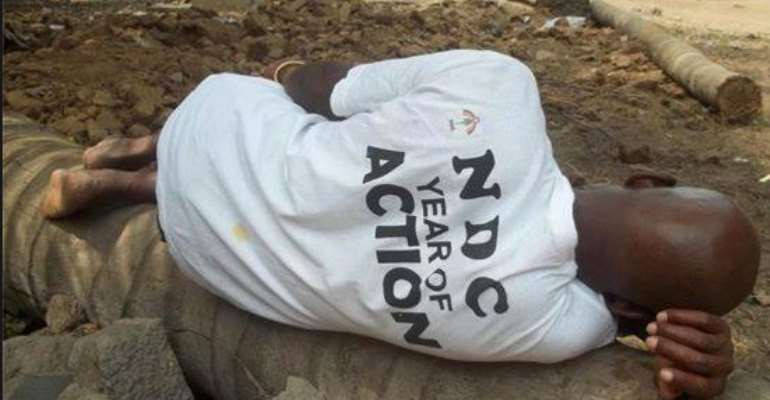 Unbreakable Group, a youth grouping made up of well-built men belonging to the National Democratic Congress (NDC), is preparing to take action against the party for refusing to fulfill promises in the last general elections.

According to the men, the party took 60 members to some part of the country to protect ballot boxes, which contributed to the success story of the NDC in the 2012 elections.

Angry members of the group therefore gave government and the NDC by the end of October 2014 to honour their promises or incur their wrath.

They stated that the NDC engaged them to go protect ballot boxes at several polling stations at the Ho constituencies of the Volta Region.

After working for three days, we were abandoned in the Volta Region without monies to travel back to their various destinations, they said.

The group expressed dissatisfion with the attitude of some NDC leaders namely Dzifa Attivor, Transport Minister, Henry Ametpe, former Volta Regional Minister, among other NDC functionaries, who had refused to listen to them and address their grievances.

Samuel Dzakpasu, Secretary of the group, who addressed a news conference last Thursday, explained that they avoided the demonstrations by several NDC youth groups because they wanted resort to diplomacy.

'We call the attention of the President, Chief of Staff and party's leadership to intervene in this matter before we also react,' he stated.

The secretary of the group failed to mention what the party promised them.

'All attempts to get the right persons to address our concerns have been unsuccessful.'