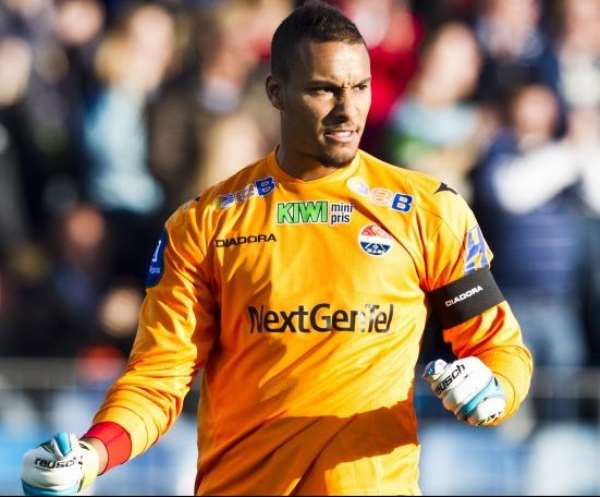 Former Black Stars goalkeeper trainer Abukari Damba says he was surprised by the omission of Adam Kwarasey from the Black squad to face Guinea in the Africa cup of Nations qualifiers.

The Norway-born landed into trouble when he questioned the pedigree of goalkeepers' trainer Nassam Yakubu.

He also accused then coach Kwesi Appiah of kowtowing to pressure from within the team to replace him in the post hours before the game against Germany because he could not speak any of the local Ghanaian languages.

But Kwarasey was expected to make a return to the team after reports he had patched up his differences with the men involved.

'Well it's too early to tell why Kwarasey is not in the team for the game against Guinea but there are different reasons why coaches leave out players,' Damba said.

'As far as I am concerned he is one of the best hands we have now and we will have to find a solution to bring him back for the betterment of our football.'