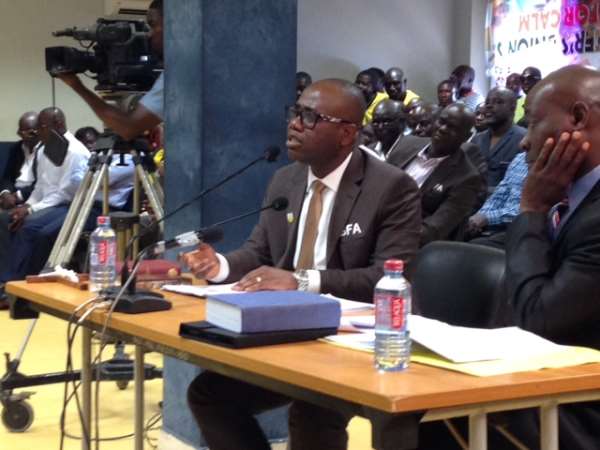 The Ghana FA have confirmed owing coaches of the various national teams with the exception of the Black Stars to the tune of $175, 128.

This amount arouse following contracts signed to engage coaches and their assistants for all the national teams – with the exception of the Black Stars – for a period of two years from 2011.

The arrangement was to have all the head coaches receive a monthly salary of $3000 with their assistant s receiving $1000 paid by the Sports Ministry.

But the GFA claim they were left to pick up the burden of payment of these amounts when the Sports Ministry reneged on its obligation to do so.

As a result, several national team coaches' salary are in arrears for several months.

The Ghana FA have now revealed despite payments of parts of these debts to coaches, a figure of $175, 128 remains outstanding.

“We owe the coaches of the various national teams to the tune of $175, 128 out of a total amount of $293,000,” Ghana FA President Kwesi Nyantakyi told the Presidential Commission on Tuesday.

“This is despite the FA paying in two installments part of this debts .