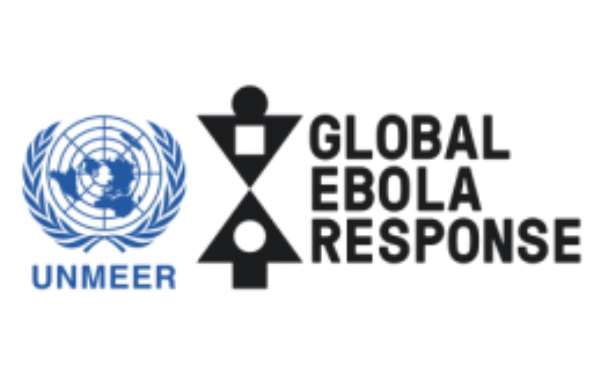 ACCRA, GHANA, 30 September 2014 – As the number of patients with Ebola in Guinea, Liberia and Sierra Leone surpassed 6,500 with more than 3,000 deaths, the United Nations is increasing the momentum to curb the spread of the disease. The Special Representative of the Secretary General, Mr. Anthony Banbury, arrived in Accra Monday 29 September to head the UN Mission for Ebola Emergency Response (UNMEER), which will join governments and international partners to respond to the Ebola outbreak.

“Ghana has never had a case of Ebola,yet the leadership of this country recognizes the impact this outbreak is having on the region” says Banbury. “We are extremely grateful to the Government of Ghana and the people living here for their willingness to support our work. Our task now is to work with the international community and support the national authorities of Guinea, Liberia and Sierra Leone to stop this outbreak from spreading any further.”

Welcoming Mr. Banbury and the UNMEER team, Ghana's Minister for Communications expressed the Government of Ghana's profound support to the United Nations. “Ebola is a global problem that knows no boundaries. Ghana is happy to host the UNMEER as we work together to contain and prevent further spread of the disease” says the Communications Minister.

This is the first time in history that the UN has created a mission for a public health emergency.

“Our strategy is built around five pillars so we can move fast to stop the outbreak, treat the infected, ensure essential services, preserve stability andprevent any further outbreaks,” Banbury says.

UNMEER will be headquartered in Accra and have strong operational presences in Guinea, Liberia and Sierra Leone. It will work with host governments and other partners to ensure all components of the national plans to stop Ebola are rapidly put in place.

While most of the UNMEER team will remain in Accra this week to establish the headquarters of the operation, Mr Banbury will visit the affected countries to see first hand where the greatest needs are and discuss with the governments and other partners theprioritiesfor filling the gaps.

Government extends electricity to seven communities in Savan...
33 minutes ago