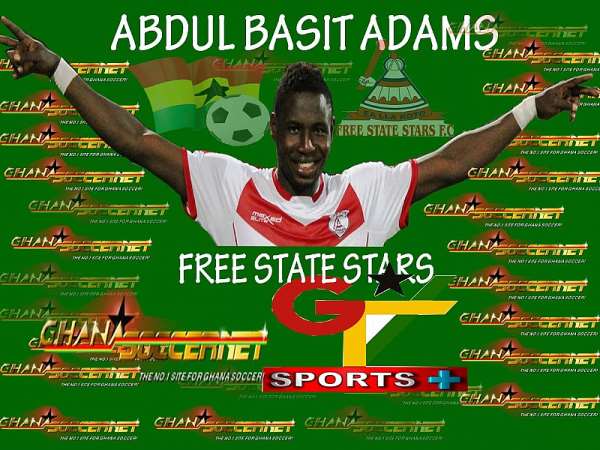 Basit climbed off the bench at the time his side Free State Stars were losing 2-1 to visiting Moroka Swallows at the Goble Park Stadium before 2300 home fans and he bagged an all-important brace to win the game for game for them.

He equalised in the 63rd minute with a predatory strike before hitting the match winner ten minutes later with a signature finish.

He beat competition from Feyenoord's Elvis Manu who set up three goals for the Eredivisie side on Saturday and Stromsgodset's Nana Boateng as well as former Hearts of Oak striker Mahatma Otoo.

The Top11 Show on GTV SportsPlus highlights the performance of Ghanaian players across the globe by showing video of goals scored and also discussing major happenings around Ghanaian stars abroad.

It is shown every Sunday night at 19:00 GMT. Remember you can find the GTV SportsPlus channel online and watch the show week Sunday night.