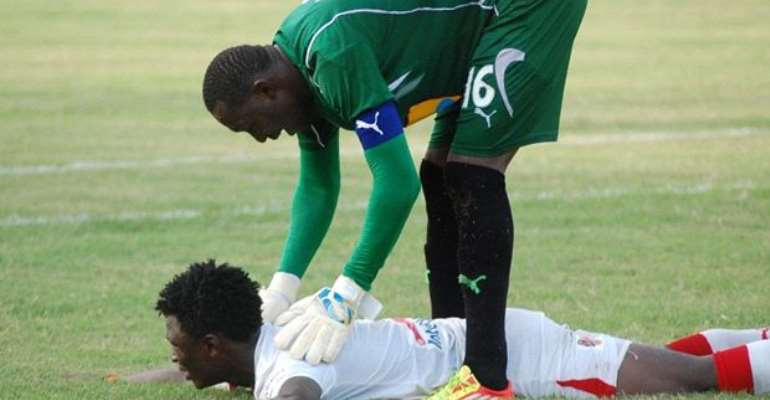 Goalkeeper Soulama Abdoulaye has vowed to win the Ghana Premier League title with Hearts 'at a canter'.

The 34-year-old crossed carpet to join the Phobians after leaving Kotoko following  a seven-year stint.

The Burkinabe international has vowed to do all he can to win titles with the capital-based side just as he did during his spell with Kotoko.

“I want to assure Hearts fans that I will win titles with them just as I did during my time at Kotoko,” he said

“I am very professional and committed to this club and will do all I can to ensure we win the League.

“It's been a while since Hearts won the league and I think the time for us to act and make the fans happy is now.”

Soulama must fend off competition Seidu Muntawakilu  and Tetteh Luggard for the number one position.