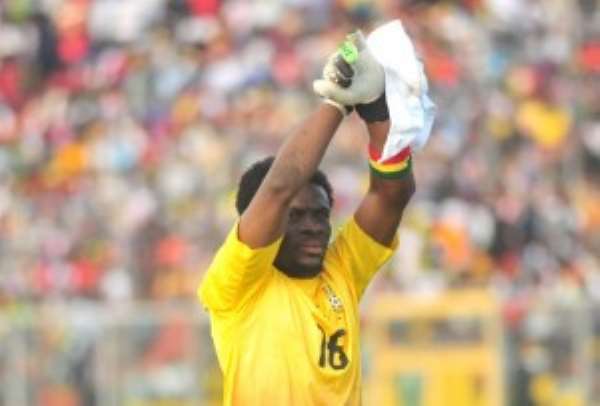 Owner of South African side Chippa United says they are delighted that their Ghana goalkeeper Fatau Dauda has left the club after just months insisting he was a 'mistake project'.

The 29-year-old left Chippa United on Thursday, with the rookies confirming yesterday that they had shipped him out.

Dauda, who joined Chippa Mpengesi's team from Orlando Pirates, had only played two games for United.

“We are happy that he has left,” said Mpengesi who said the goalkeeper was a “mistake project”.

He said Dauda was not in the plans of acting coach Roger Sikhakhane.

This contradicts reports coming from Ghana that Dauda terminated his contract just two months after joining the team.

“We realised that he was not what we were looking for after we drew 1-1 with Ajax Cape Town in August,” said Mpengesi.