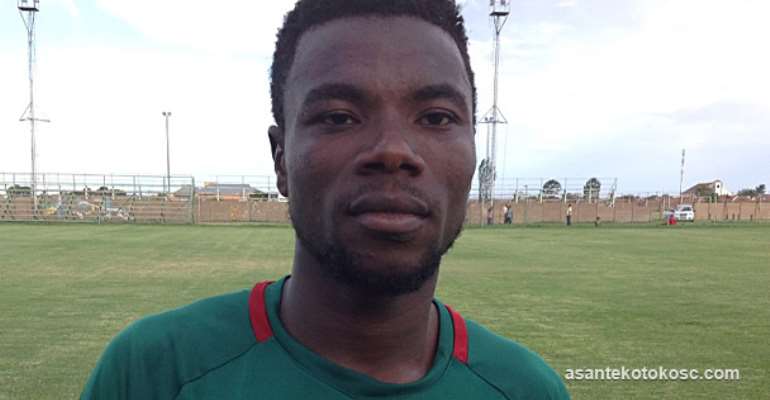 By Rahman Osman
Rahman on Twitter : @iamrahmanosman
In-form Asante Kotoko defender Abeiku Ainooson has predicted both Hearts of Oak and Heart of Lions to put up a strong challenge for their league title this season.

Kotoko have been the best team in the Ghana Premier League the past three seasons winning the league during this period.

But with a new Hearts squad being assembled by the experienced Herbert Addo and a rejuvenated Lions side, Ainooson expects the two to be Kotoko's closet title rivals.

“I think all teams are equal but if you want me to predict which team will be dangerous to us, I think Hearts and Lions are two strong sides capable of doing something,” Ainooson told GHANASoccernet.com.

“They have bought well and look like finally putting a challenge so we wait to see how that goes.”

Ainooson was named best defender for the Ghana Premier League for last season.