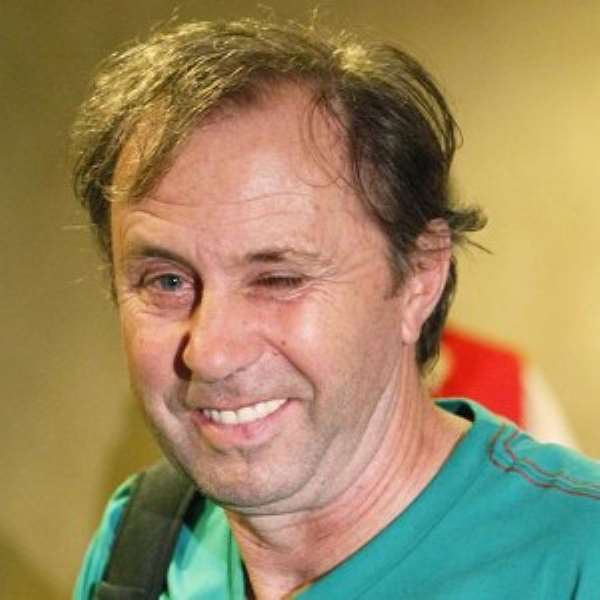 Titus Nii Kwatei Glover, the Member of Parliament (MP) for Tema West Constituency has vowed to organize a stiff resistance to any move by the Ghana Football Association (GFA) to appoint Milovan Rajevac as the new Coach of the Blacks Stars.

Speaking on Metro TV's “Good Morning Ghana” program on Monday, the out-spoken NPP MP warned Ghana's football governing body against employing the services of the former coach of the Senior National Team due to the way and manner he parted ways with the nation, back in 2010.

“…I will organize a movement against the GFA if they attempt making Milo the Head Coach. Milo? It will not happen,” he said.

He further stated that the fact that all the local football coaches chose to stay away from the Black stars job is a sign of protest and an indication of what “goes on in the GFA”.

This comes at a time when Ghanaians are still peeved with the GFA and the Black Stars due to circumstances which made them fail to qualify for the second round of the 2014 World Cup in Brazil.

The arrival of Milovan Rajevac in Ghana to be interviewed as the Technical Advisor of the Black Stars in the wake the sacking of Kwesi Appiah has sparked some anger in certain quarters in the country.

This has aroused suspicion of a well thought out scheme to appoint the Serbian as the Coach of the senior team.

But Hon. Glover says he would prefer the job is given to a Ghanaian and not a foreigner, much less Milovan Rajevac, who has jilted the whole nation in the past.

“…if it is Milo, then it will not happen,” he insisted.