Jonathan Mensah: Ghana defender charges his French side Evian TG to restore their pride with win against Lens 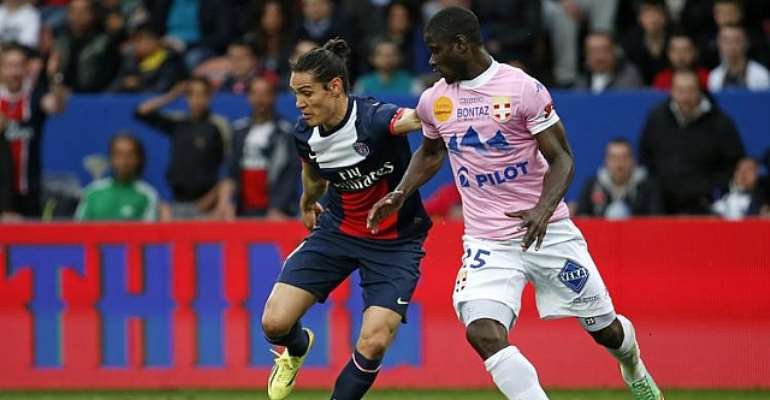 Evian are afoot the Ligue 1 table are without a win, having picked just a single point from their opening six games of the season.

Mensah, 24, was in full time action at the Stade Jacques Chaban-Delmas as Evian recorded their third successive league defeat and he is eager for his team-mates to put the loss behind them and push for a win as they return to the Parc des Sports.

“This match will be played like a final and would be tough defensively and offensively. We will give everything to get our first three points this season,” he told Elkhadra Foot.

“This match can then change everything. But we must beware, Lens are playing well at the moment. They were struggling with their financial worries and have returned to form.”

Mensah has started four of Evian's six games so far this and despite the porous nature of their defence, manager Pascal Dupraz is keen to keep faith in the central defensive, a news that excites the Black Stars defender.

“For me, this is good news. Now the defensive work is not limited to our defenders. It concerns the whole team must work together,” he added.