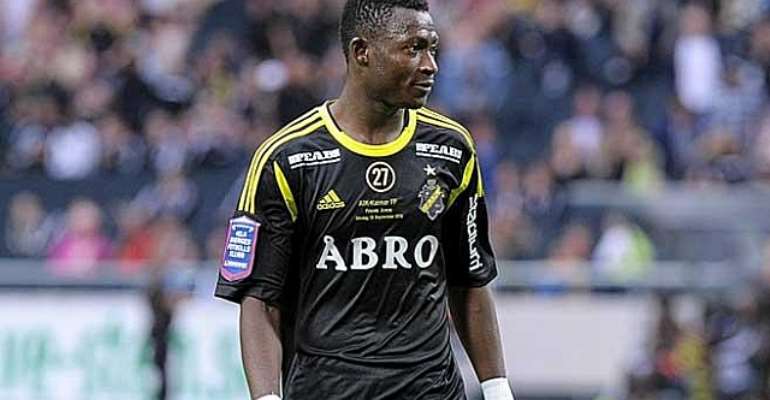 Ghanaian midfielder Moro Ibrahim has been criticised for his lackluster display for AIK Solna in their 1-0 home loss against Halmstad BK in the Swedish Allsvenskan on Sunday.

The former New Edubiase United midfielder is being blamed for failing to hold the midfield and initiate attacks for AIK who slipped to their second successive league defeat.

The defeat is set to cost AIK heavily as they have dropped further down the ladder with champions Malmo FF opening a further 14 point lead at the summit.

AIK manager Andreas Alm could drop the former Ghana U20 midfielder for AIK's next league game against Mjällby on Wednesday.