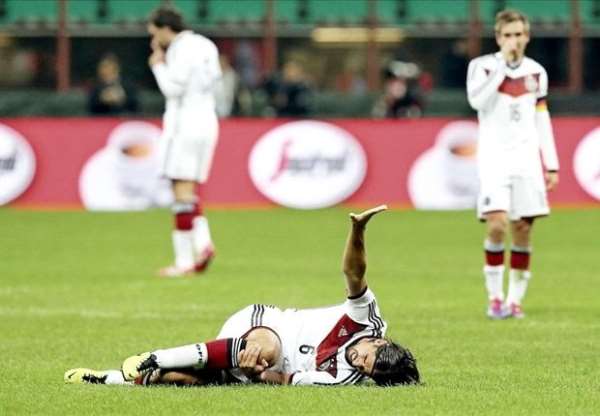 Arsenal have agreed a deal to sign Sami Khedira when the  transfer  window reopens in January.

The midfielder, who starred for Germany at this summer's  World Cup  finals in Brazil where he made five appearances and scored one goal on route to their triumph at the Maracanã, has played just thirty minutes of football for Real so far this season.

He was also used sparingly last season as Carlo Ancelotti's side clinched both the Copa Del Rey and the Champions League, playing just eighteen times in all competitions.

Gunners boss Arsene Wenger remains keen on bringing in a player with a more physical presence to add to his midfield, and has also been linked with moves for Southampton's Morgan Schneiderlin, Sporting's William Carvalho and Lars Bender of Borussia Dortmund.

Arsenal host Southampton in the third round of the League Cup tomorrow evening, and are  19/20 to win the match in ninety minutes .