Feature: Is the African football media hounding coaches out from the national team? 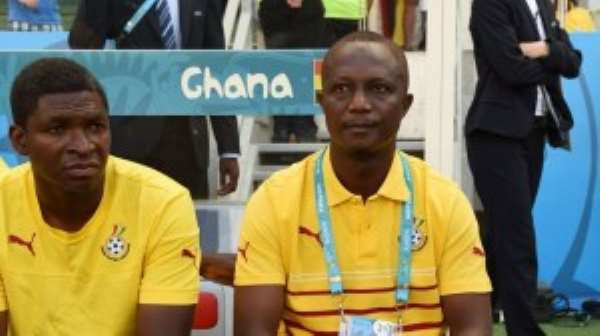 By Robson Sharuko, The Southern Times
Vahid Halihodzic took Algeria to heights they had never scaled, as they wrote Africa's finest tale at the 2014 World Cup, but a toxic relationship with his country's journalists ended his relationship with the Desert Foxes after the adventure in Brazil.

The Bosnian guided Algeria past the group stages of the World Cup for the first time in their history and then, in the second round, matched eventual champions Germany punch-for-punch before losing in extra-time.

But Halihodzic, toasted as an Algerian hero when he returned to Algeria with his men to a heroes' welcome from thousands of delirious fans, walked away from his job, blaming the country's media for the breakdown of his relationship with the Desert Foxes, and promising never to forgive or forget.

“The only sour note, which I want to confront, is the behaviour of certain – though thankfully not all – members of the press, who never ceased to stigmatise not only my work but also me and my family,” he said in his statement.

“I will never forget nor forgive that.”
He is one of the three coaches who guided Africa's representatives at the 2014 World Cup finals who have fallen by the wayside, another one, Stephen Keshi, does not have a contract and, ironically, the one whose team produced the worst performance in Brazil is the only man standing.

Ghana parted ways with coach James Kwesi Appiah last week, the culmination of a wretched World Cup show in which the Black Stars misfired, crashing out of the group stages, just four years after having come within a last-gasp penalty conversion of booking their place in the semi-finals in South Africa.

Appiah had last week blamed the media for creating disunity in his camp.

“Most of the times, divisions come when most of the stories that come out are not true,” he said.

And the former Ghanaian international, who was sacked just 24 hours after securing a dramatic 3-2 win over Togo in Lome, received the backing of another ex-Black Star, Willie Klutse, who accused the journalists for masterminding the sacking of Appiah.

“I am shocked to hear the news but the blame should be put on the doorstep of journalists,” he told Accra radio station Happy FM.

“Those journalists who made it their bread and butter to instigate the sacking of Kwesi Appiah should bow their heads in shame.

“They (journalists) have constantly (been) demanding the sacking of the coach and so what's the fuss now?

“Those people with their selfish interest made it their agenda to ensure he is sacked for their preferred candidate to be appointed.

I don't understand why they are showing such hypocrisy after they had their wish fulfilled.

“That is the problem with black men. They never appreciate their own.

If we don't change our colonial mentality, we shall remain the way we are.

“It's a big shame but those journalists who pushed for Kwesi Appiah to be sacked….God forgive them.”

Nigeria's Stephen Keshi, who led them to their first Nations Cup title in 19 years in South Africa last year, has not renewed his contract and revealed that he was only asked to take care of his team's opening 2015 Nations Cup qualifiers.

Nigeria Football Federation president Aminu Maigari turned his guns on the country's media, ahead of the World Cup, saying they “fabricate stories on the supposed rift in the football family”.

“If anyone is in doubt they should ask questions but they will never do that, they go on Facebook, Twitter and use all other manner of media to damage the reputation of the leadership of Nigerian football without asking questions,” said Maigari.

“Henceforth, such flagrant abuse of the media will no longer be acceptable to us.”

Frenchman Sabri Lamouchi, who guided Cote d'Ivoire at the World Cup, has already left his post and replaced by Harve Renard while German coach, Volker Finke, whose team were the worst performers in Brazil, is the last man standing and has been given a vote of confidence.