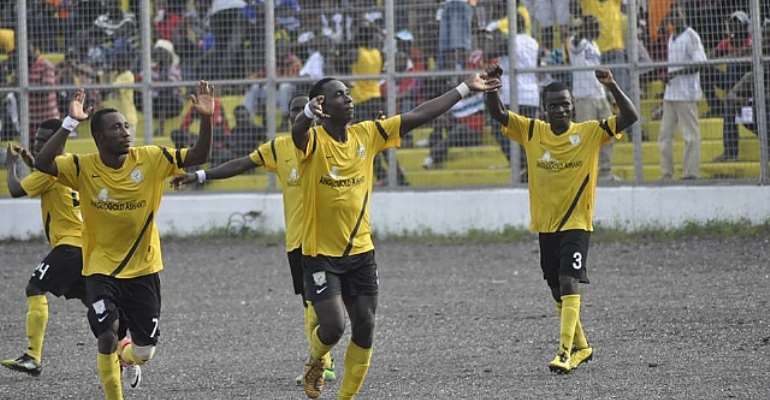 Ghanaian Premier League side AshantiGold are threatening to boycott the 2014/15 GHALCA Top-Four final over a possible venue change.

Giants Hearts of Oak are asking for the rematch of the final to be shifted to the Accra Sports Stadium after playing the first-leg in Kumasi.

However AshGold insist they agreed to replay the tie on the basis of facing the 20-time Ghanaian champions at the same venue.

“We came into an agreement to reschedule the match after the game ended in a draw, but we will not hesitate to boycott the final game if the initial venue is changed from Kumasi even if the venue is shifted to Ejisu we will boycott the game,” Kojo Fianoo told Hot fm.

Hearts fought from behind to hold AshGold to a 1-1 stalemate and send the game to a second-half.