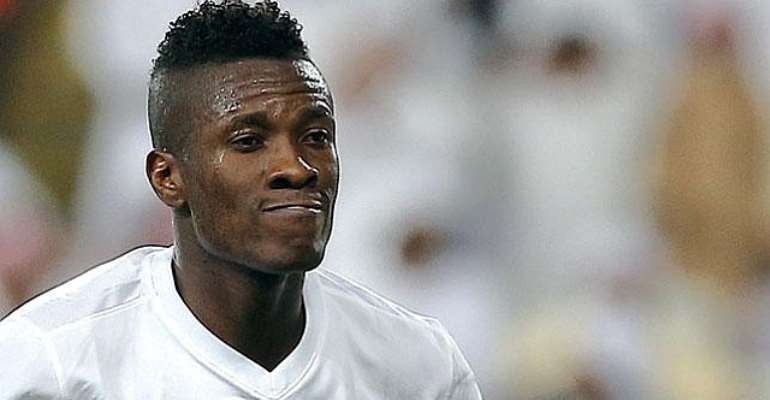 The return leg between Al Ain and Al Hilal on September 30 is the most important game in UAE club football since Al Wahda fell at the semi-final stage of the Asian Champions League seven years ago.

With a proverbial mountain to climb , Al Ain need their big-game players to pull out extraordinary performances, the most important being Asamoah Gyan.

Gyan is the one player in these two squads who has performed on the biggest stages. He has scored goals in Italy, France and England and at successive World Cups for Ghana.

Forget Omar Abdulrahman ,  Yasser Al Qahtani  or Thiago Neves – Gyan is the most dangerous player on either side.

He will need to be at his most clinical to send Al Ain through. Hilal have not conceded in Asia in eight matches, but  the ACL has brought the best out of Gyan in 2014 . Last night was only the second time this season he failed to score in the competition.

He and his teammates will also need a big effort from the Al Ain supporters. The Hazza bin Zayed Stadium was built for occasions like this, hopefully with 20,000-plus fans in the stands roaring the team on from so close to the pitch.

UAE players rarely get the chance to play in front of large crowds, but Al Ain will know that a full house can lift a team to another level.

A three-goal deficit may seem insurmountable on paper, but if Al Ain get an early goal, the crowd find their voice and Gyan has his scoring boots on, there is still a sliver of a chance for a spot in the final.

With Gyan in the side, there is always hope.