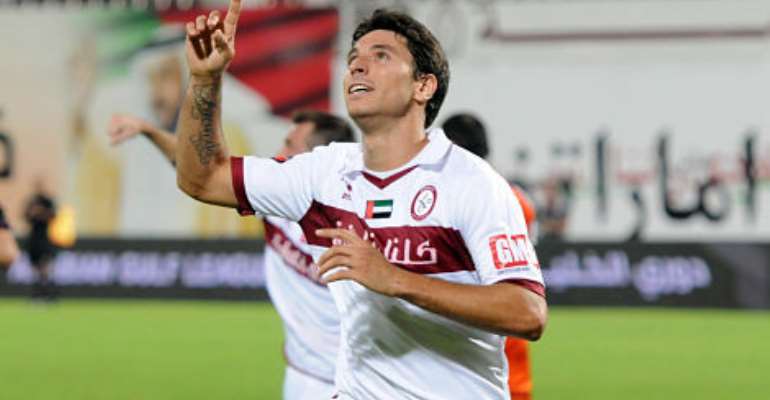 The Al Wahda poacher finished second on the scorers chart with 26 goals; three less than Gyan.

“I feel we can do better than last season, and I can try and fight again for topscorer. It all depends on the team, however, they make everything, I make the goals, I don't do anything alone,” he told the Gulf News.

“The Arabian Gulf League has some very good strikers and I have to respect everyone, I think the fight will be between more than just me and Gyan, this year.”

Tagliabue will be seeking to open his account in their first match of the season when Al Wahda host  Al Ittihad Kalba on Tuesday.

Al Ain's opener against Al Shabab has been postponed due to the club's Asian Champions League semi-final clash against Saudi side Al Hilal.