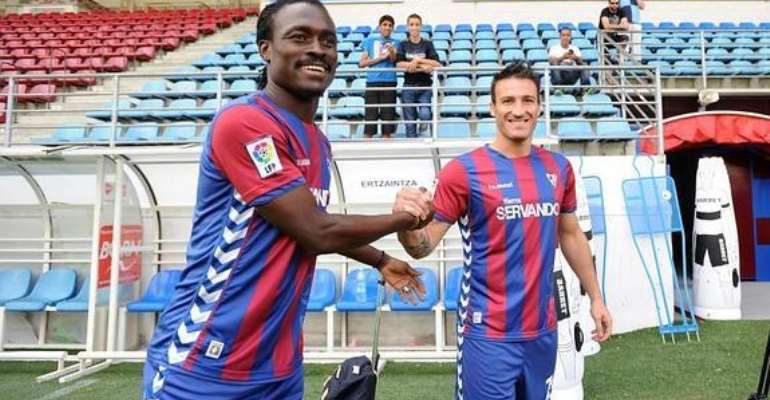 Ghana midfielder Derek Boateng is still without a Spanish La Liga debut for new-boys Eibar after warming the bench in their 1-0 home loss to Deportivo La Coruna on Monday night.

The 31-year-old former Fulham midfielder watched the entire game from the bench at the Estadio Municipal de Ipurúa as another game went without him tasting action.

Eibar manager Gaizka Garitano did not see the former Black Stars regular as an option as he exhausted all his three substitutions during the tie.

Boateng signed for Eibar in mid-August and was hoping to relaunch his tatter career at the La Liga minnows but things have not progressed in a desirable way.

He has warmed the bench in all of Eibar's opening three games of the La Liga.