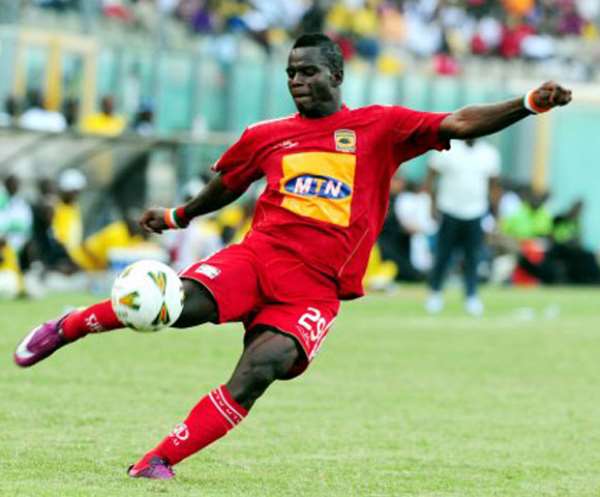 The 27-year-old re-joins the Ghanaian champions from a second division club in Ivory Coast.

Toure signed a three-year contract on Monday worth GHS 80,000.

The deal also includes products from sponsors of Asante Kotoko.

Toure's return to Kotoko comes as a big surprise having played and scored for rivals Hearts of Oak in the pre-season GHALCA Top 4 competition.

The Ovorian striker was in talks to join the Phobians but Kotoko moved quickly to clinch the deal ahead of their rivals.

Sympathizers of the Kumasi-based club managed to transport and deliver Toure to the Kotoko secretariat last Friday upon getting reliable word he was on the verge of joinibg Hearts.

Negotiations were held over the weekend towards the signing of the three-year contract on Monday.

The ex Lokeren player left Kotoko two seasons ago having been slapped with an indefinite ban from the club for overstaying a compassionate leave.

He know makes a triumphant return to the club where he was adjudged the best player in the 2011/12 Premier League season.