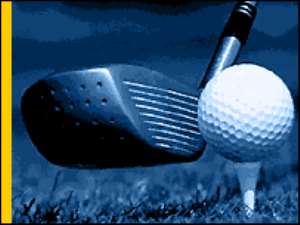 Aneda Ward won the Ladies event with 41 points, Mona Captan came second with 40 points with Maria Ben-George taking the third position with 35 points while Fumke Majekodunmi came fourth with 34 points. The Professionals event was won by Emos Korblah with 143 gross followed by Victor Brave-Mensah with 147 gross with Victor Torgah taking the third position with 148 gross while E.K. Osei came fourth with 149 gross.

More than 180 golfers participated in the one-day 18-Hole Stableford competition sponsored by Unilever Ghana Limited. Mr Samuel Adetola, Captain of the Achimota Golf Club praised the company for their immense contributions towards the development of the sport.

He said the Club is in the process of putting up a shed for the Caddies to facilitate their smooth play. Mr Ishmael Yamson, Chairman of the Board of Directors of Unilever who commissioned the newly rehabilitated Hole Number Nine, said Unilever as a corporate body would continue to contribute to the development of the sport and called for the support of other golfers to popularise the game in the country.