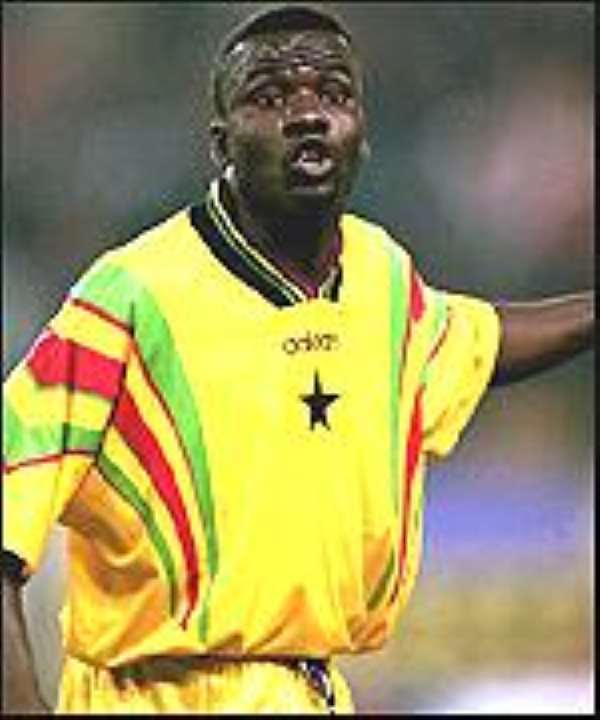 Accra, June 11, GNA - Samuel Osei Kuffour, Germany-based Ghanaian international has fully recovered from his partial shoulder dislocation suffered in the Black Stars World Cup qualifier played against the Stallions of Burkina Faso last weekend in Ouagadougou. The defender has been cleared by the team's doctor, Martin Engman and is expected to join his colleagues in camp preparing for the crucial tie billed against the Bafana Bafana boys of South Africa on Sunday June 20. The Bayern Munich's defender's recovery who is expected to join his colleagues on Friday comes as a relief to the team's handlers, according to the team's doctor. It will be recalled that Kuffour sustained the injury when a Burkinabe striker callously pushed him down on the hard tartan tracks in the dying embers of their Ouagadougou clash, which the homesters won by a lone goal.

Kuffour, however, like a true warrior, a dedicated defender and nationalistic refused to sit down and played with obvious pains with his bandaged arm stuck to his body and continued play till the end of the game.

The Stars will play host to the South Africans who won their first game 2-1 against Cape Verde at home.

The last time the two sides met was in the 2000 Nations Cup co-hosted by Ghana and Nigeria.

The South Africans who topped their Group stunned the Ghanaians then under the guidance of coach Guissepe Dossena with a 1-0 in a quarterfinal duel played at the Kumasi Sports Stadium.