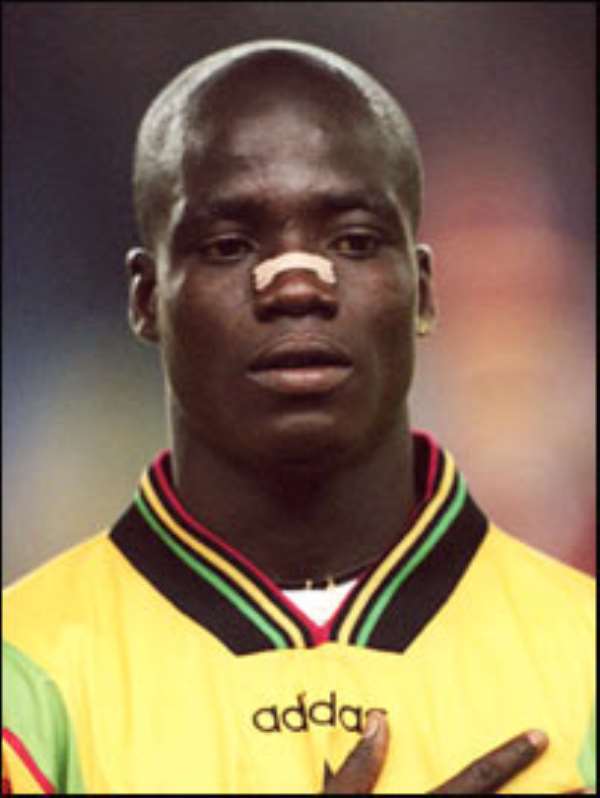 The Black Stars, subdued a resilient Obuasi-based AshantiGold side by a lean margin gal margin of 1-0 in a preparatory game played at the Accra Sports Stadium on Wednesday. Skipper Stephen Appiah scored the only goal with 11 minutes left of play with an acute grounder from a Udinese-based Sulley Muntari set-up. The Stars were unimpressive and lacked cohesion during the entire 90 minutes as they exhibited more of individualistic play than that of a team. Two sets of teams were presented for the match in each half with the second team that featured many of the foreign based players in the second playing a much improved game to admiration of the fans. The Stars who are billed to play against Burkina Faso's Stallions in a World Cup qualifier in Ougadouguo on Saturday, June 5, found their match in the young but resilient AshantiGold boys who gave a good account of themselves in all departments of the game, matching their opponents boot to boot before conceding to the dying minute goal. Line up (first half): Sammy Adjei/Quinoo, Emmanuel Osei, Amankwa Mireku, Coleman, John Mensah, Yahuza, Lawrence Adjei, Ablade Morgan. Line up (second half): Kingston, Atta Gyan, Obodai, Hamza, Sulley Muntari, Stephen Appiah, Arhin Dua, Charles Taylor