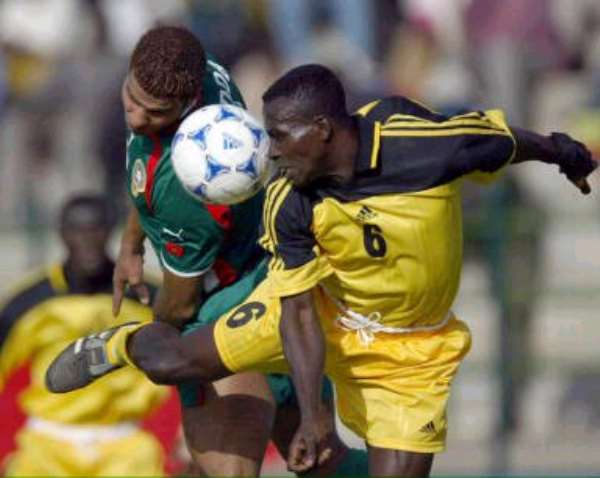 Embattled Black Stars coach, Mariano Barreto, has threatened to slam the door of the national team on both local and foreign-based players who failed to report to camp by the close of yesterday.

Barreto was forced to give the ultimatum after only nine out of the 25 players he was expecting in camp to prepare for the World Cup opener against Burkina Faso in Ouagadougou on Saturday reported for yesterday morning's training at the Accra Stadium.

Speaking to the Graphic Sports after the team's workout, the visibly disturbed Portuguese trainer disclosed it was only those who were either injured or having flight problems who were exempted from the ultimatum.

Amidst his anxiety, he only expected to have a full house yesterday to enable him to make the most out of the few days left for preparation for the task ahead.

Added to Barreto's agony is the fact that he might miss the services of six key players in Saturday's game through injury and visa problems.

For now, John Paintsil, Eric Addo, Yakubu Abubakari, Baffour Gyan, and Michael Essien who are all in town are battling with injuries, while Kofi Amponsah is ruled out of the first game due to a problem with his travelling documents.

Another player who was, however, expected to arrive yesterday was Feyenoord defender, Christian Gyan.

Though the locals had not yet reported to camp as at yesterday morning due to their continental assignments at the weekend, Louis Quainoo and Nana Arhin Duah of Kotoko were expected to join their colleagues later in the day, just as their Hearts of Oak and King Faisal counterparts who were scheduled to arrive from Tunisia and South Africa respectively yesterday.

In spite of the setbacks, Coach Barreto was still optimistic about the Stars chances against Burkina Faso. “I'm sad about the situation, but we must do everything we know and can to win”.

To further underline his determination to win Saturday's game despite Burkina Faso's 1-0 defeat to Benin in a friendly last Sunday, he said “in football anything can happen, therefore I see every match to be difficult”.