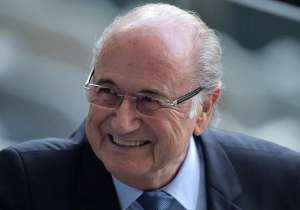 The next two editions of football's showpiece event have already been awarded to Russia and Qatar.

However, the Canadian Soccer Association confirmed their intention to enter the race for the 2026 tournament in January.

And Blatter took to Twitter on Tuesday to announce: "Canada is considering a bid to host the men's World Cup in 2026. This shows their great commitment to promote the game."

Canada have never previously hosted the World Cup finals, which were last staged in North America 20 years ago when the United States welcomed the event.

The US are reported to be among the leading contenders to stage the 2026 tournament, while Canada have already been confirmed as hosts for next year's Women's World Cup.