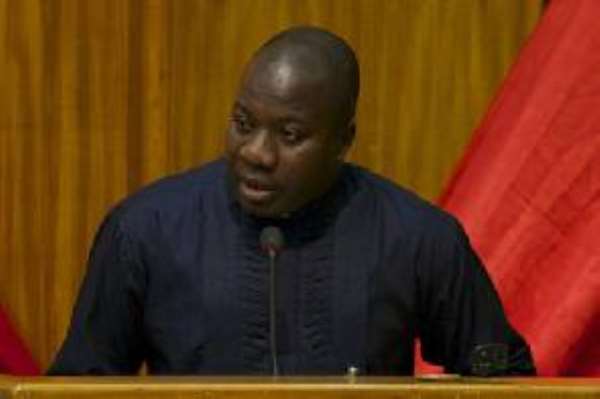 The commission to investigate Ghana's failure at the World Cup could be forced to stop or re-examine its work if FIFA is averse to its setting up, sports minister Mahama Ayariga has revealed.

Ayariga inaugurated the commission of inquiry on Monday with a cloud of FIFA ban hanging over Ghana's neck following the decision to use the court to investigate the Black Stars failure.

Ghana government set up to investigate the country's participation in the 2014 FIFA World Cup in Brazil which seemed not to have gone down well with FIFA which is opposed to football matters being handled in court.

FIFA wrote to query the Ghana FA over the setting up of the commission which has been seen by the world governing body as interference in the sport by the government.

FIFA is awaiting a reply from the GFA and Ayariga says FIFA response to the letter will determine whether the commission will continue its work over reconsider its position.

Ayariga said the government would look at the rendition again if FIFA was able to show Ghana that the way some of the clauses in the constitution were crafted did not sit in well with its statutes.

The setting up of the commission follows media reports and allegations relating to the circumstances of the Black Stars' participation at the world cup tournament.

The Black Stars failed to make it past the first round after they picked up a point from the three group games played against the United States, Germany and Portugal.

Ayariga said the essence of the establishment of the Commission was not to witch-hunt anybody or violate FIFA laws but to engage in a simple fact-finding exercise and enable Ghanaians to know exactly what happened to their dreams in Brazil.

He said the recommendations would enable the country to reform its football systems and give Ghanaians hope for better tournaments in future.

“Let me use this opportunity to assure the Ghana Football Association (GFA), with whom I have enjoyed good relation since assuming office, and the world football body – FIFA – that we have no intention of violating any of the provisions of FIFA statutes. I have reached an agreement with the GFA to write a letter to FIFA to this effect,” he said.

The three-man commission, headed by Justice Senyo Dzamefe, an Appeals Court Judge, will enquire into matters relating to team's preparation for the tournament and possible lapses therein which might have caused their early exit from the tournament.

It will also inquire into matters relating to the treatment of Ghanaian football fans sent to support the Black Stars and advise government on the financing of activities of the Black Stars and other national teams, among other matters of public interest concerning the organization of Ghana's Black Stars' participation in the tournament.

The other members of the Commission include Moses Foh Amoaning, a top Sports Broadcaster and lawyer, and Kofi Anokye Darko, sports enthusiast.

The Commission was sworn in by Justice Joseph Bawa Akamba of the Supreme Court of Ghana and has 30 days to present its report to the minister.