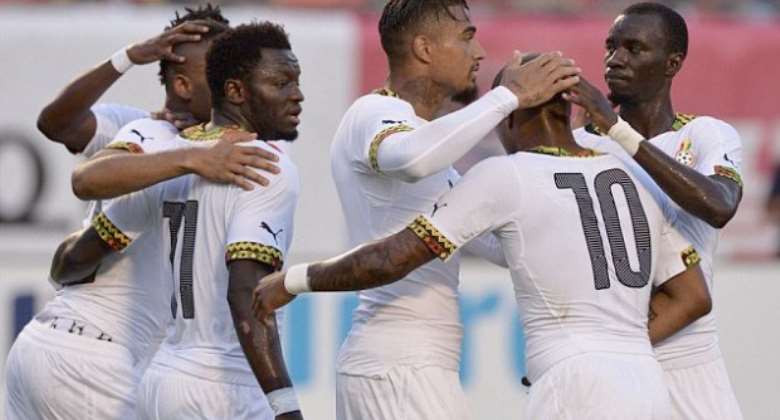 The 2014 World Cup Presidential Commission of Inquiry says Black stars players are not exempted from appearing before it and that players will be invited to appear once it is deemed necessary.

The three-member commission was sworn in by Sports Minister Mahama Ayariga on Monday to begin their work of probing into issues leading to Ghana's disastrous campaign at the 2014 World Cup.

Many suggested that players be included in the gathering of vital information in the commission's work despite the fact that most of  them are foreign-based.

The chairman of the commission, Justice Senyo Dzamefe has now confirmed that players will be called upon to provide evidence once the need for their appearance becomes necessary.

'If it becomes necessary to invite players, definitely we will do that,' he said at the commission's inauguration ceremony in Accra.

'If there is the need to invite any player to establish the truth of any issue, why not?'

The other members of the commission are lawyer Moses Foh- Amoaning and Kofi Anokye Owusu Darko.

The commission is expected to conclude its work and make recommendations within 30 days.