Africa Was Not Ready For World Cup – George Weah 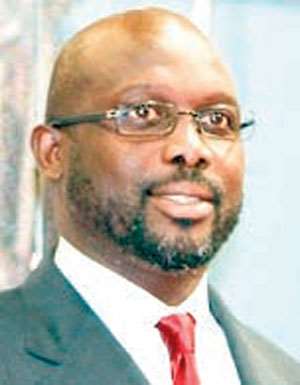 The 1995 FIFA World Footballer of Year was not impressed with the performances of Nigeria, Ivory Coast, Cameroon, Ghana and Algeria.

Only two (Algeria and Nigeria) advanced from the Group stage but suffered exits at the first knockout round.

Algeria were by far the best performing African country at the tournament, succumbing to a slender 2-1 defeat to eventual winners Germany.

Nigeria were stopped at the round 16 by France while much-fancied Ivory Coast again buckled at the group stage despite being drawn in a relatively comfortable pool.

Ghana and Cameroon rocked their own campaigns with pay disputes.

Weah says Africa's quintet was ill-prepared for the tournament.

'Africa was not ready for the World Cup. I was in Brazil from the 12 June till the final day,' he told Ghanasoccernet.com

'I was an analyst for one of the TV stations and most of us on the set all felt this was the tournament Africa had to impose ourselves.

'Africa has always had wonderful players but that doesn't win championship.

It's a collective effort of the team. 'You have four years to prepare for the World Cup and a month to put your preparations into practice and most often than not we fail as a continent.

'Ghana had a very solid team and I feel devoid of the off-the-field matters they could have gone far while Cameroon in their last group game also showed what they were capable.

'Germany did not have the best individually but collectively they were the best.'