Canada must perform well at U20 women's World Cup 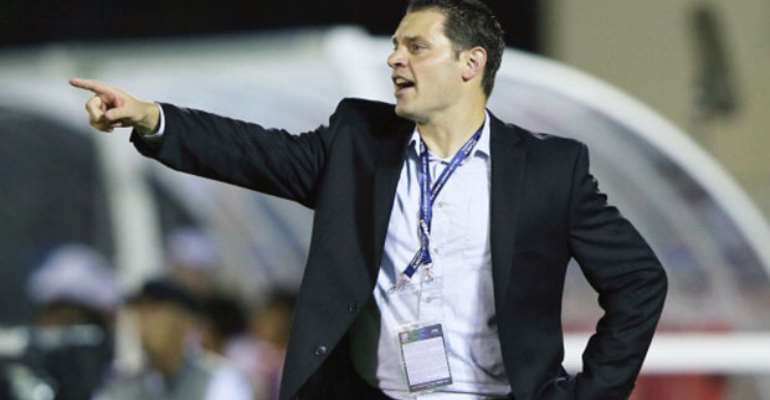 We will debate, disagree and treasure the 2014 World Cup for many years to come. However, it is time to move on.  It is time for the third – yes third World Cup of the year. It is time to come home.

Canada is once again front and centre for a global tournament. The FIFA U20 Women's World Cup does not carry the same cache as recent events in Brazil, but one element remains the same. A desire to win is a trait shared by all athletes – and that passion will be much in evidence in the coming weeks.

Fifteen nations from all parts of the world have fought to earn their passage to Canada and join the hosts at the seventh edition of the tournament.  The women's U20 World Cup begins next Tuesday with all games streamed live online at CBCSports.ca.

The United States and Germany have dominated, winning five of the six previous events. Many of those youngsters became seasoned senior internationals.

A dozen years ago, a Canadian kid began the same journey. She clearly had ability if not the experience to take charge of her surroundings. But she was lucky. When Christine Sinclair was 19, football's overlords, FIFA, introduced a women's youth tournament to showcase the best emerging talent.

Sinclair and her teammates shone on home soil. The reserved teenager from Burnaby, B.C., led Canada all the way to the final of the 2002 FIFA U19 world championship. She plundered 10 goals from six games as a nation rallied behind its team. Nearly 50,000 packed Edmonton's Commonwealth Stadium for the final that Canada narrowly lost to the US.

The class of 2002 put the women's game on the Canadian map. Several members of that youth team are still together preparing for the biggest tournament of their lives. Barring injury, Sinclair, now 31, will captain Canada – host nation for the 2015 women's World Cup just less than a year from now.

While Sinclair developed into a world-class striker, and continues to score at a phenomenal rate, Canada is looking for her successor. The fact is Sinclair cannot go on forever – 2015 may be her last World Cup – and her country will soon need a new leader.

An inability to identify or develop the next Canadian superstar is unthinkable but the reality is close at hand. It is for this reason Canada must perform well on its own stage and demonstrate it is keeping pace with an ever-growing sport at the U20 women's World Cup.

Canada's preparation is key
Preparation is key. Canada's head coach Andrew Olivieri has a selection of relatively experienced players on his roster but his team faces the same problem as every home nation – a lack of competitive qualifiers. While every player should see every game as an audition for the next, it is almost impossible to simulate the real thing when faced with a seemingly endless series of exhibitions.

Olivieri won't use it as an excuse. He understood the role when he took it on, but the fact is neither he, nor his players know how a lack of genuine competition will affect them when the first whistle is blown at Toronto's National Soccer Stadium. Ghana will be coming to play on Tuesday (CBC, CBCSports.ca, 7:30 p.m. ET) and Canada best make sure it is not too friendly a host.

It has the potential to be a golden period for Canadian women's soccer. The Olympic bronze medal in 2012 ensured a hero's welcome home and the support of a nation. Consequently there is now an expectation of more success that needs to be satisfied.

Canada's U20 team won't lift the trophy – that would be wildly ambitious and foolishly unrealistic. But a run to the quarter-finals, for example, would whet our collective appetite for the senior Women's World Cup in 2015 – again on Canadian soil. And having medalled at the London Olympics, how about a repeat performance down in Rio in 2016?

So the voyage of discovery is about to kick off. These young players are amateurs attempting to make names for themselves, perform with pride in their work, and ultimately raise the bar by handing down a Canadian legacy. Canada must welcome the world with a smile, and then show it who's boss.