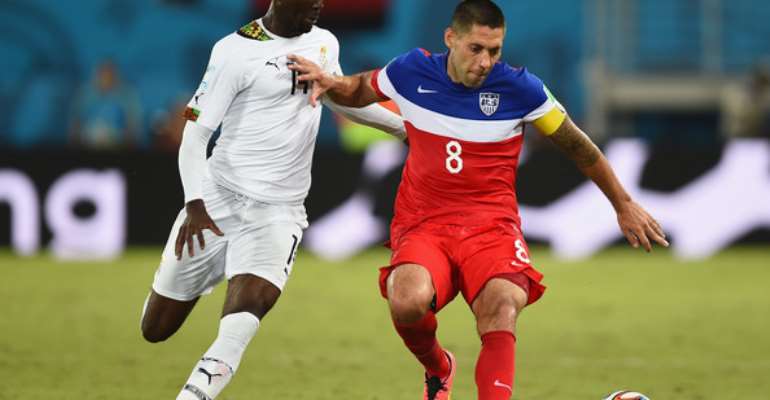 Ghana winger Albert Adomah is delighted to have richer CV than world record signing Gareth Bale by playing at the 2014 World Cup.

The 26-year-old made his debut in the prestigious tournament staged in Brazil coming on as a late substitute in Ghana's opening defeat to the USA.

The Middleborough man played no more games at the World Cup as the Black Stars crashed to a first round exit.

Adomah is however delighted to have at least got one over some of the best players in the world who are yet to play in football's biggest event.

“As a person that is the first time I have been involved in something massive,” he told Boro's website.

“Even some of [the] greats haven't played at a World Cup. Gareth Bale is worth £80m and he hasn't played there.”

The former Bristol City winger joined Middleborough's pre-season camp on Monday and played a part in their 3-1 win over Rochdale in a friendly played on Tuesday.