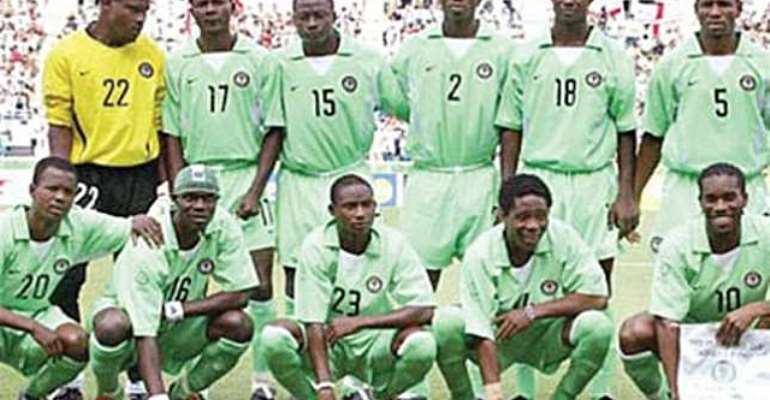 Nigeria  thrashed Ghana 3-0 to qualify for the 2002  World Cup soccer tournament in Japan and South Korea.

During the game Osei Boateng, the goalkeeper for Ghana was sent off after they had exhausted all their substitutions and outfield player Emmanuel Osei Kuffour had to deputise in post for the rest of the game.

The win enabled Nigeria to finish group B of the African qualifying, just a point above Liberia. Hence became the eighth team to secure a qualification for the 32-team tournament by joining Cameroon, Tunisia, South Africa and Senegal, co-hosts Japan and South Korea and holder France.

This became the first time since 1984 in Ivory Coast that the Super Eagles succeeded beating Ghana. Ghana had earlier held Nigeria to a goalless draw in the first leg, with local based players, mostly Accra Hearts of Oak players.

The Ghana contingent was led by the then deputy Sports Minister, Joe Aggrey and Ben Kouffie, the then GFA Chairman and they were accused of bribery when they received a gift of $25,000 after the game from Nigeria, however FIFA later clarified that it was a gift.

Oppong Weah, the captain of Liberia at that time also accused Ghana of receiving bribe from Nigeria.