Valencia confirm the signing of Andre Gomes from Benfica 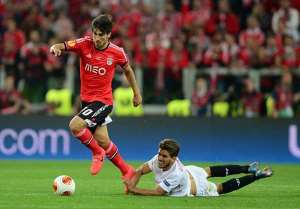 Gomes played just 23 senior matches for Benfica last season in all competitions, missing just two matches as the Portuguese club advanced to the UEFA Europa League final, only to lose to Sevilla on penalties.

Having had limited opportunities under Benfica coach Jorge Jesus since being promoted to the senior squad in 2012, Gomes decided to leave the Estadio da Luz for Valencia's Mestalla with the La Liga club confirming the move on their website.

"Andre Gomes will take a relevant medical examination on Thursday, July 17 to become a new player of Valencia," a statement read.

Gomes has represented Portugal 37 times across various age-level teams but has yet to make his senior debut.

The 20-year-old scored three goals in 40 senior games for Benfica.