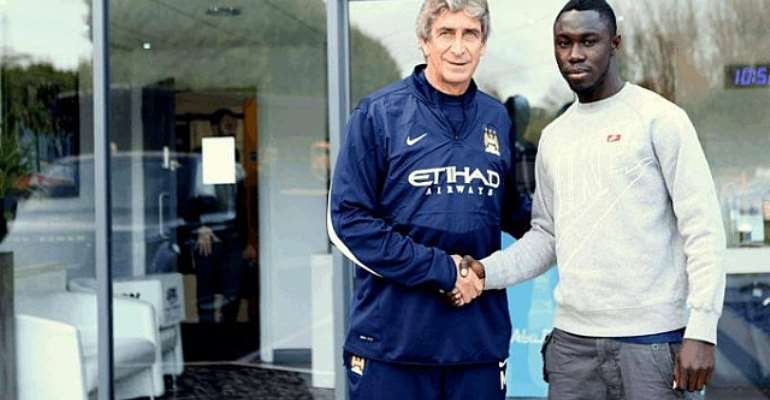 Norwegian champions Stromsgodset have welcome Ghanaian youth talent Nana Boateng back into their first team ranks after he recovered from injury to warm the bench in their Uefa Champions League preliminary game on Wednesday.

The 20-year-old Manchester City loanee suffered a nagging knee injury last September and the problem protracted until June while he returned to the Etihad Stadium for rehabilitation.

Boateng, who bagged seven goals last season in the Norwegian elite division however returned to training in mid June and new manager David Jean Nielson named him in his squad for their debut Uefa Champions League game.

But he was unused in the entire duration of the game as his side suffered a 1-0 home loss against their Romanian opposition.

However, his return is expected to be crucial for Stromsgodset in their domestic campaign.

Ex-I.Coast president Gbagbo warns of 'disaster' in upcoming ...
52 minutes ago