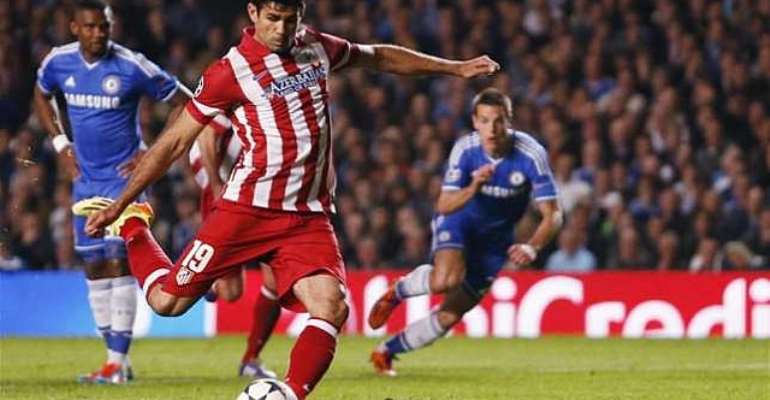 Chelsea have confirmed that Diego Costa has completed his transfer from Atletico Madrid to Stamford Bridge.

Costa has signed a five-year contract with the Blues, after an agreement between Atletico and Chelsea was confirmed earlier this month.

It is reported the Premier League club met the Spain international's buy-out clause which is said to be worth 32 million pounds.

The 25-year-old told the club's official website: "I am very happy to sign for Chelsea. Everybody knows it is a big club in a very competitive league, and I am very excited to get started in England with a fantastic coach and teammates.

"Having played against Chelsea last season I know the high quality of the squad I am joining.

"I would like to thank everybody at Atletico who made me into the player I am, it was an incredible time for me, but now I am starting a new adventure and I hope to win many trophies with Chelsea."

Costa joins former Arsenal and Barcelona midfielder Cesc Fabregas in moving from the Primera Division to Stamford Bridge this summer.