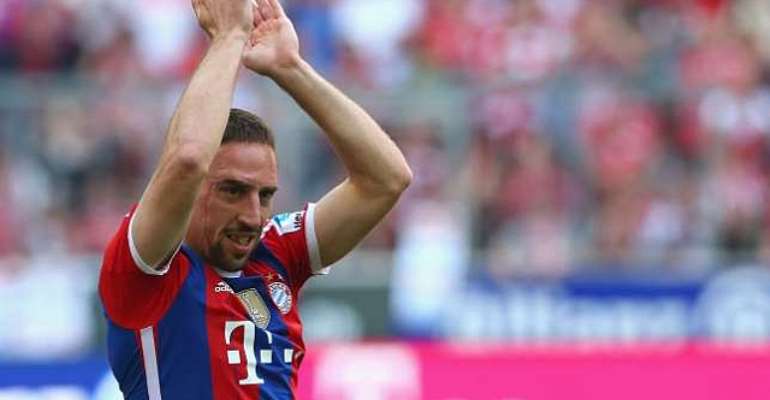 France star Ribery was ruled out of the World Cup due to the issue, which flared up during his country's pre-tournament training camp in early June.

At the time, France coach Didier Deschamps said the 31-year-old would be unable to play or train for "several weeks".

Ribery himself came out last month to deny reports that he may require surgery on the injury, and Bayern revealed on Tuesday that he is very much on the road to recovery.

Accompanying a picture of Ribery in training, the Bundesliga champions tweeted: "Welcome back, Franck! #Ribery is completing a fitness course at Sabener Strasse."

While Ribery works his way back to fitness, several of his club-mates are in Berlin celebrating Germany's World Cup triumph, which was sealed with an extra-time victory over Argentina on Sunday.

Bayern playmaker Mario Gotze came off the bench to score the winner for Germany, who defeated Ribery's countrymen in the quarter-finals.

Bayern's first competitive fixture of the 2014-15 is a little over a month away, as they begin their defence of the DFB-Pokal at third-tier outfit Preussen Munster on August 17.