Kris Commons eager to sign a new contract with Celtic 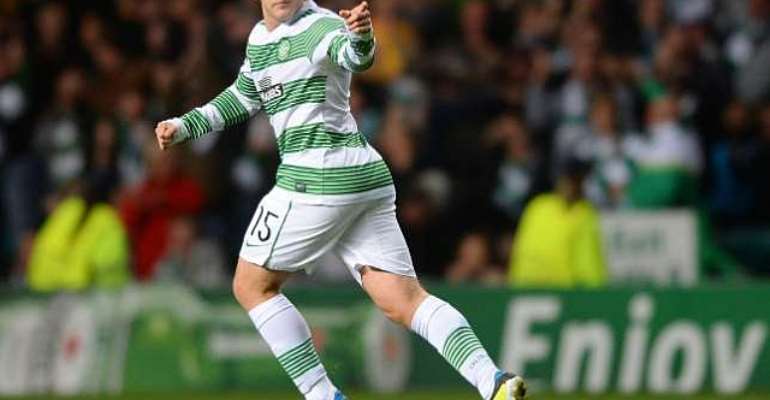 The midfielder has entered the final year of his contract with the Scottish champions and has been linked with a move to Premier League new boys Leicester City.

Commons has become a big fans' favourite at Celtic Park after his move from Derby County in 2011, and the 30-year-old has signalled his desire to remain at the Glasgow club for the rest of his career ahead of their UEFA Champions League qualifier against KR Reykjavik.

He said: "The manager (Ronny Deila) and Peter (Lawwell, chief executive) are aware of my contract situation and hopefully we'll sit down and talk about it.

"When you get four or five months into the last year of your contract, you can talk to other clubs.

"But that's something I don"t want to do. I want my future sorted here.

"I have no desire to go back to England. I"m playing the peak years of my career at one of the world's biggest clubs.

"With Champions League football there's no better place to be than Celtic. I"d like to finish my career here. There"s nothing down the road that would entertain me.

"There aren't many clubs down south where I could go and play in the Champions League. Celtic gives me with that.

"Hopefully I'll do enough in the next couple of games to ensure we get to where we need to be."

Celtic face Icelandic champions KR Reykjavik away from home in the first leg of their qualifier on Tuesday.