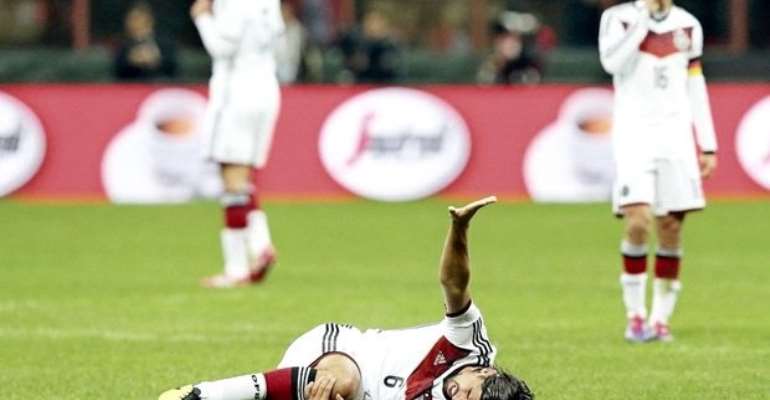 Arsenal have beaten Chelsea in the race to sign Germany midfielder Sami Khedira, according to reports in Spain.

The 27-year-old,  who missed the World Cup final after injuring his calf during the pre-match warm-up , will sign a four-year deal worth around £150,000-per-week very soon, according to Sport.

The newspaper says there is now 'no going back' on the €29m (£23.1m) deal, which has been agreed but not yet made official.

Khedira is reported to have signed a four-year deal at Arsenal, becoming Arsene Wenger's second signing of the summer after the £35m capture of Alexis Sanchez.

With his contract set to expire next summer, Real Madrid could face losing him for nothing. Khedira is believed to be unhappy in Madrid and has declined a new offer.

With Toni Kroos having announced his imminent arrival at the Bernabeu , Khedira may find first team opportunities limited.

Chelsea were interested in the midfielder - Jose Mourinho was the man who brought him to Madrid - but Arsenal appear to have won the battle for the midfielder.