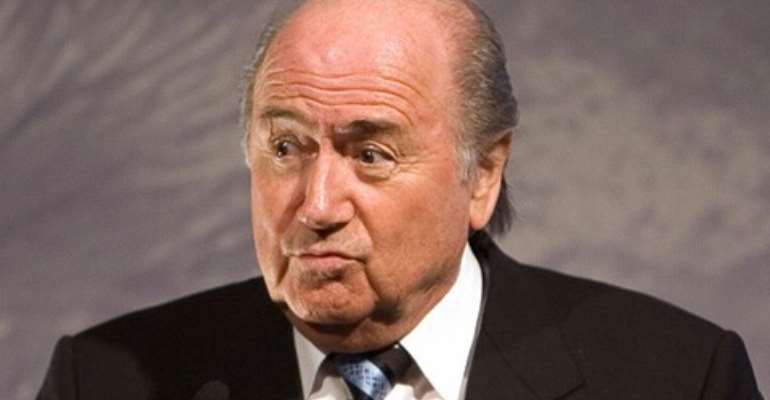 Brazil got 9.25 out of 10 from FIFA President Sepp Blatter for organizing a World Cup that was "very special" because of high quality football.

Giving his tournament report on Monday, Blatter also criticized the organization he heads for not better tackling incidents of fan discrimination in stadiums.

Blatter said he spoke with Russia President Vladimir Putin at Sunday's final about making the issue a priority at the 2018 World Cup there.

That tournament will be the third straight involving a huge building project of stadiums and public works in one of the BRICS group of emerging nations.

"We have improved, you have improved, Brazil has improved since South Africa," said Blatter, who awarded a 9 mark four years ago to another World Cup which defied doubts and tight deadlines during troubled preparation.

The players and matches have been widely acclaimed in Brazil after so many disappointed in South Africa.

Blatter said he knew when the Netherlands beat Spain 5-1 in the tournament's third match that this time would be different.

"Especially in the second half," Blatter said, meaning the Dutch team's four-goal rout of the defending champion. "Something was on in this World Cup, something very special."

Still, many Brazilian people remain unhappy at their government and the estimated $13 billion spent for the 32-day tournament.

Blatter dismissed jeers targeted at him and Brazil state President Dilma Rousseff when they presented the trophy at Maracana Stadium on Sunday to Germany captain Philipp Lahm.

"This is normal," said Blatter, who was booed also at the 2010 final in Johannesburg. "If you are in this business you have to live with that."

Blatter suggested that could be reduced to 10 venues in talks scheduled in September with organizers.

"We are in discussions now what is the ideal number," said Blatter, suggesting a "feasible, reasonable, controllable" project to avoid white elephant stadiums.

Russian organizing committee head Alexei Sorokin said after Blatter's briefing that there had been no talks yet and there were no plans to cut stadiums, though FIFA had the final decision.

On football matters, Blatter said he was "a little bit surprised" to present the trophy for best player to Lionel Messi, whose Argentina team lost the final after he failed to score since the group stage.

The FIFA leader would not be drawn on the merit of a nine-match, four-month ban imposed on Uruguay forward Luis Suarez for biting an Italy opponent.

"I feel that such a punishment it hurts, it hurts," Blatter said. "I do hope he will be back."

Suarez has completed a transfer from Liverpool to Barcelona, and will ask the Court of Arbitration for Sport in Switzerland to freeze the ban during his appeal process.

"He is now in the one of the greatest clubs in the world and I do hope he will have a place there," Blatter said.

"I am sure that there will be other stories but what you cannot say is that FIFA is not fighting permanently against this business," Valcke said.