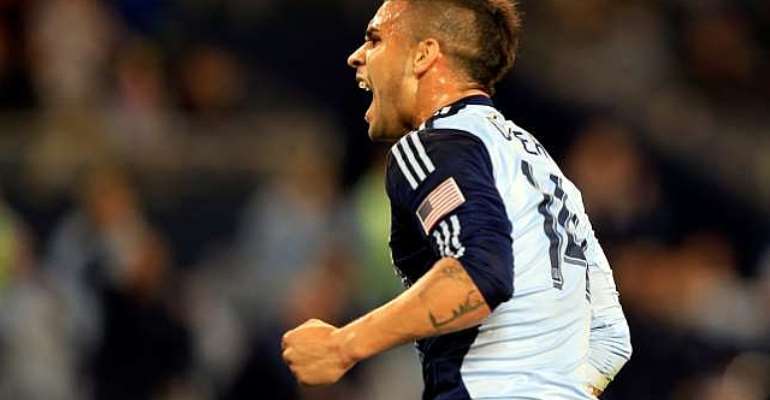 The reigning MLS Cup champions travel to the Columbus Crew on Wednesday, eyeing an opportunity to go top.

Forward Dom Dwyer scored twice for Sporting KC last time out as they claimed a 2-1 victory over the Montreal Impact.

Vermes said Saturday's win was set up by his team's pressing, and he will be hoping to see more of the same at the Columbus Crew Stadium.

"The bottom line is, it all came through us pressuring high up the field," he told reporters.

"We pushed them to make a mistake, and the guys were swarming to get in a good position.

"When you're putting pressure like that on an opposing team, especially at home, I think what you do is you wind up creating opportunities for yourself."

The Crew are battling in sixth in the Eastern Conference and come into the clash on the back of a six-match winless run in the league.

Dwyer has scored 14 league goals this season, putting him behind only Bradley Wright-Phillips (15).

Wright-Phillips' New York Red Bulls are also in action on Wednesday as they look to continue their fine form when they visit the Philadelphia Union.

On a five-match unbeaten league run, the Red Bulls " fourth in the East " are full of confidence ahead of their clash against the Union.

Toronto, third in the East, host the Vancouver Whitecaps and the New England Revolution visit the Los Angeles Galaxy.