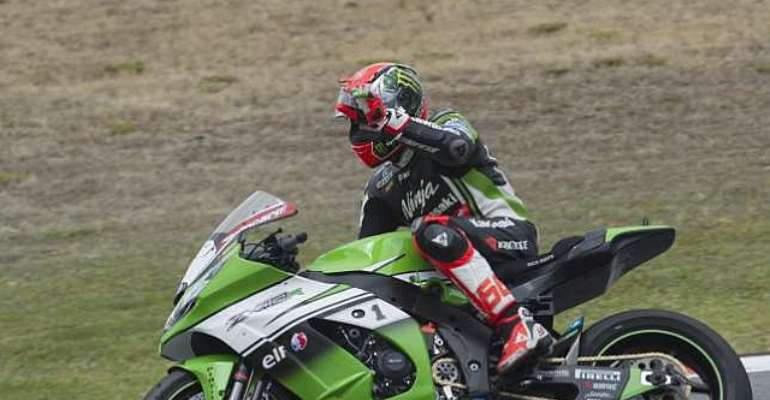 The British Kawasaki rider took out what ended up a seven-lap sprint after race two was stopped and restarted twice.

Aprilia rider Sylvain Guintoli (+1.014secs) made it back-to-back second place finishes having also been second to Marco Melandri in race one.

Jonathan Rea of Honda was third (+2.793secs) in race two, while Sykes completed the podium in the first.

Sykes would regain the lead at the end of lap two and while Guintoli appeared capable of challenging, the short race meant he was unable to.

In race one, Aprilia Racing Team rider Melandri eased to a win as only Guintoli (+0.905secs) seriously threatened.

The championship is on break until September 7, when it returns in Jerez for the first of the final four rounds of the season.