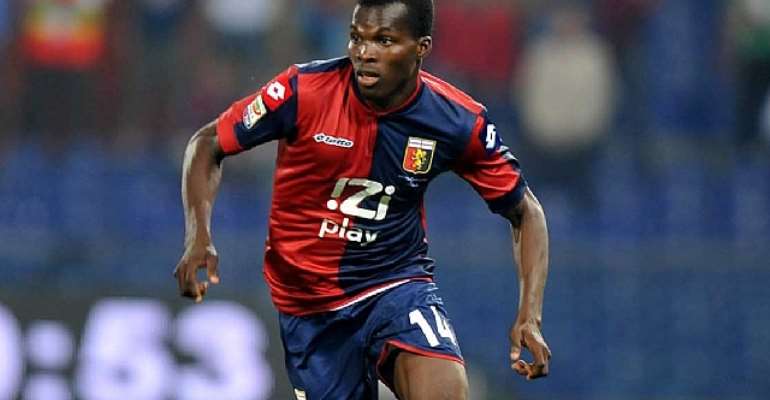 Ghana midfielder Isaac Cofie could head back to Chievo Verona in a swap deal for proposed by the Gialloblu, GHANAsoccernet.com has learnt.

The 23-year-old played at the Stadio Marc'Antonio Bentegodi in a season-long loan spell two seasons ago but could make a return from Genoa as Chievo have tabled an offer.

Chievo are prepared to allow Italian midfielder Luca Rigoni, 29, to the Stadio Comunale Luigi Ferraris with Cofie heading the other way.

Chievo manager has confirmed there is a deal in place though its in early stages.

“In this operation.” – the Chievo manager said – “we and Genoa we just talked about, it is still too early to say whether there will be developments. ”

Reports in Italy have also linked the former Sassuolo man with a move Parma.

Cofie is capped once by Ghana.