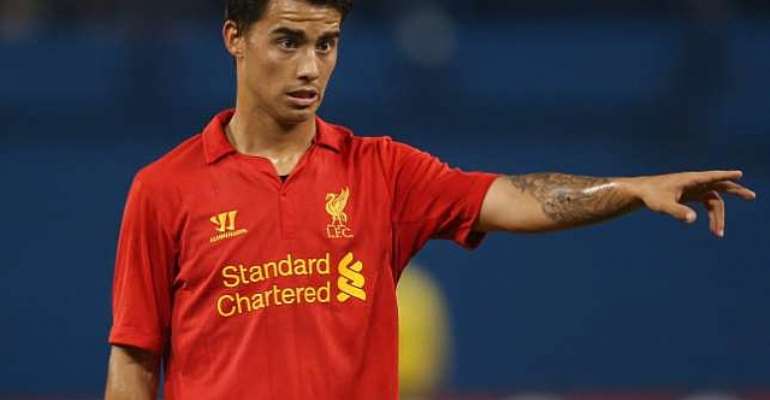 The 20-year-old Spaniard spent last term in his homeland with Almeria, making 33 appearances as Francisco's side avoided relegation from La Liga.

Suso has now returned to Merseyside, and believes he is ready to make his mark at Anfield following a full campaign of first-team football.

"After the season in Spain, I think I have become a better player - I learned a lot," the playmaker told Liverpool's official website.

"Obviously Liverpool are going to sign a lot of players because we are in the Champions League this season, and we have to have a good squad because there are a lot of competitions.

"But if I fight for my place, I do my best every day in training and when I have the chance to come on or start a game, if I do well, I could have chances to play a lot of minutes in the first team."

Suso made his breakthrough at Liverpool as a teenager in 2012-13, as he made 14 top-flight appearances in Brendan Rodgers' first season in charge.

And the Spain Under-21 international revealed that he has held positive talks with Rodgers about his prospects with the Premier League runners-up.

"I came here in December at Christmas when I had my week of holidays....I came here for two or three days to have a meeting with the manager," Suso added.

"He talked to me, said he was happy with what I was doing and said that this season he wants me to stay here.

"I want to stay here and sign a new deal - for me, there is no bigger club than Liverpool."