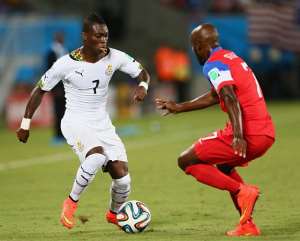 The 22-year-old has returned to Cobham and started pre-season training with the Blues under Jose Mourinho but it looks set to be farmed out.

Chelsea are looking at more challenging loan spell for the technical gifted winger and the Spanish La Liga will suit his style of play.

Last summer, Espanyol hoped to secure his loan, but the move didn't go through in the end and he went to Holland.

The main difficulty for Espanyol again this time, may be financial.

They are hoping that they can broker a deal with Chelsea, that would see them pay only a small percentage of his salary, if any at all, plus without having to pay the English side a loan fee.

Atsu spent last season on loan at Dutch Eredivise side Vitesse Arnhem where had a successful spell after netting five goals in 28 league appearances.