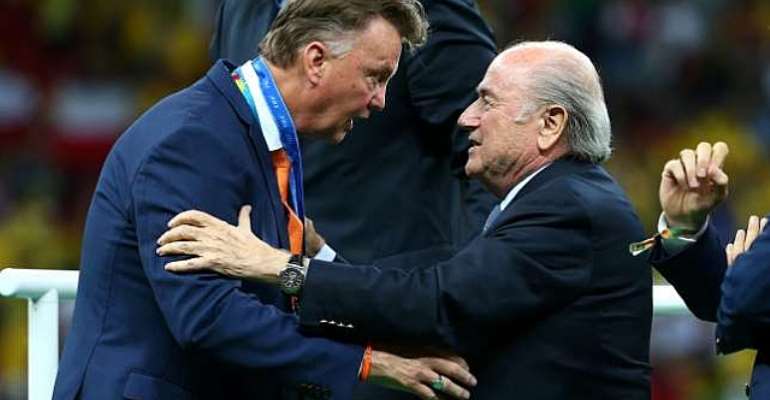 After their penalty shoot-out defeat to Argentina, Netherlands responded with a 3-0 victory over the host nation courtesy of goals from Robin van Persie, Daley Blind and Georginio Wijnaldum in Brasilia.

"This was very difficult for us," said Manchester United-bound Van Gaal, who ended his second stint as coach of the Dutch national team with a total record of 26 wins from 46 games.

"All the odds were against us. Brazil had a day more in preparation and we were defeated after penalties.

"We could have been in the final. Our spirit was down after Argentina. I only spoke about the Brazil match in the team talk, not about Argentina. Luckily we showed how good we are again."

Saturday's triumph ensured Netherlands ended their World Cup campaign undefeated, while they scored 15 goals throughout the tournament - only finalists Germany (17) have scored more.

But Van Gaal was far more pleased with the team's unified approach, which has not been the case with the Dutch national team at previous tournaments.

"This was by far the best group I've ever coached," the 62-year-old said.

"And I'm not talking about football quality but the quality as a human being, as a sportsman, how you deal with each other and that you are all pulling on the same rope.

"Of course we can sometimes play better but the will to win every match saw you back. We have four games to zero and held an average of [scoring] two goals per game??????."